The End of Single Family Homes Under $1m in FCC? 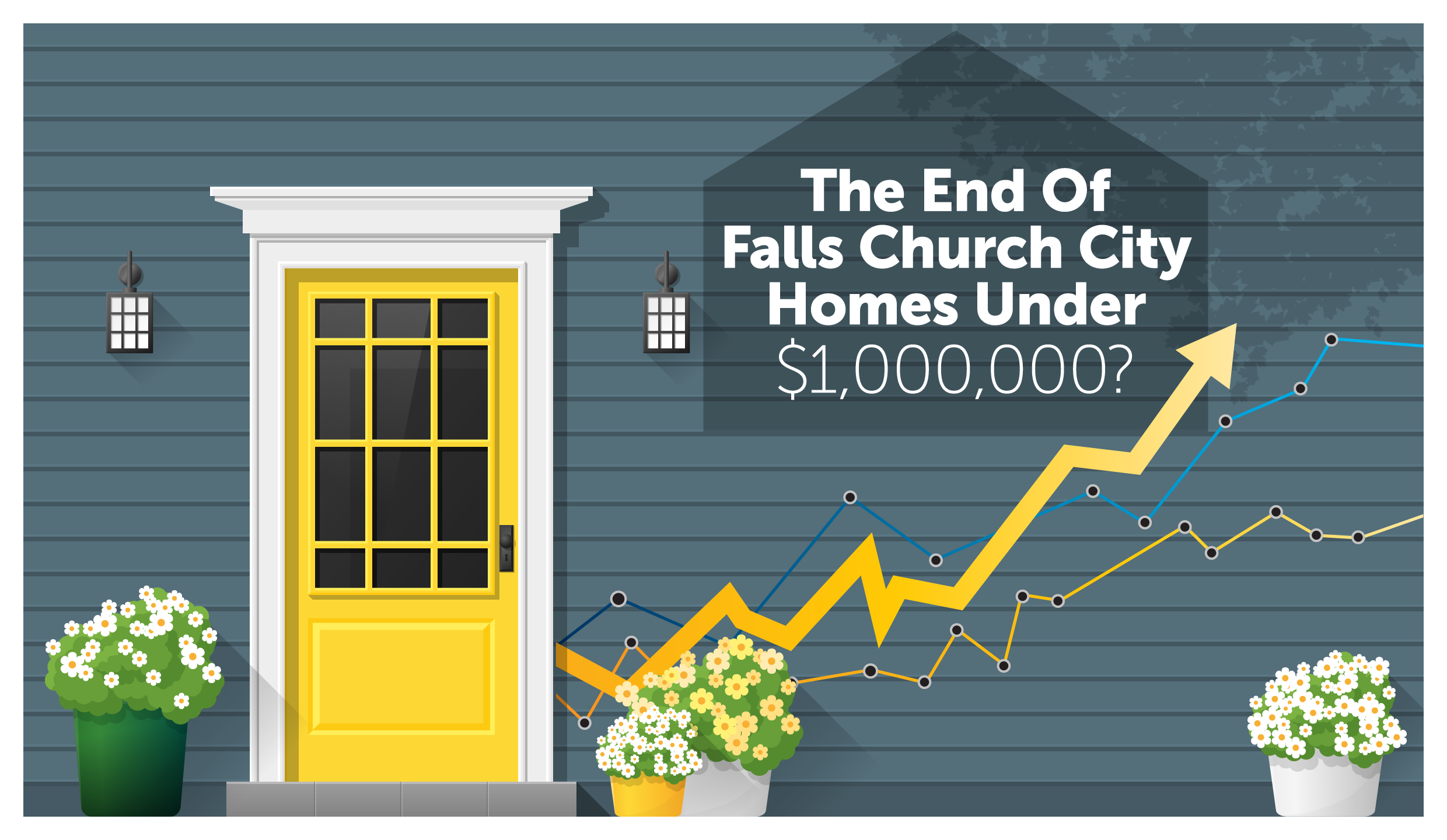 No one has a crystal ball, but there is a real chance that headline is not hyperbole. At the very least it may be a reality that is not far off.

Here in the City of Falls Church the 3 (or more) bedroom single family home with a basement for under $1,000,000 has long been the crown jewel of the housing market. There always seems to be a steady flow of condos available, and at least a few new or recently built homes, but we can often go months without that staple detached home priced somewhere between $750,000 and $1,000,000.

For a good while you could always tell when agents like myself didn’t quite know where to price a home. Maybe it was a little small, perhaps the layout less than ideal, or it could have been on an odd lot. It seemed the default price in these cases was $825,000. It got to the point where I would say “Ah! $825,000. Let’s find out why.” Those days, however, seem to be well past us now.

With a couple of sales in recent weeks it suddenly feels like that new baseline number may start showing up at $1,000,000 or more. These couple of homes in particular may have commanded prices in the upper $900’s or just over $1m only a short time ago, but each fetched well over $1,000,000, and in just a matter of days. If it’s true that we’re at or nearing the end of the sub-$1,000,000 home, then what happened to get us here?

THE ROAD TO $1M (at least part of it)
In 2019 an already notoriously slim market for more affordable single family homes dropped to zero for much of the year. When those options did surface, there would be a line of interested buyers, many making offers well above asking price. Prices were rising so fast that some owners who had only recently purchased their homes themselves (just 12-18 months in some cases) were able to sell for enough to cover their costs AND come out with equity. There was actually a moment in January of last year when clients were wondering if their feed was so active. It had been over 90 days since they had received an update. This was the environment we found ourselves in as we made the turn into 2020.

2020 started out at breakneck speed in the local housing sector, and this time the frenzy went well beyond The Little City, and even well beyond the Beltway. Starting about mid January, from Lorton to Leesburg we started to see multiple offers and rising prices. In some cases prices were rising so fast appraisals were coming up short simply because there wasn’t enough real time data to properly value the home.

In places like Falls Church City we carried over our low inventory, plus all the buyers who had been waiting for months for a home, and added the fresh batch of buyers a New Year typically brings.

When Friday March 13th arrived, the market was at a fever pitch. By that following Monday schools were closed and the majority of the country was on lockdown. As agents we were bracing for a rapid retraction. We assumed things would freeze up, and fast. There was talk of hoarding cash to pay our mortgages for as long as possible, reducing staff salaries, and selling anything that wasn’t bolted to the ground. For the next 30 days or so that is how things felt. There were requests to see homes here, and an offer to write there, but we were collectively on hold for the most part.

Then it became apparent that demand was not going to go down very much, and as an industry we had to get creative in how to accommodate a market that still wanted to keep moving, and help it do so safely. From virtual open houses, so site-unseen disclosures and offers we went about the task of getting the market going again. In hindsight this push from home buyers to proceed should not have been surprising. They needed a home! There are essential workers, and there are essential tasks, one of those essential tasks is to have a roof over your head. We just didn’t see the push continuing at the time.

Many of these buyers are the same ones that had already been looking  for a home for months, but had been unsuccessful. Then, driven by low interest rates, seeing that the market was coming to life, and in some cases a desire for more space given our new quarantine based lifestyle, more buyers came flocking to the market.

Which all brings us today. We have homes in the City of Falls Church that, on paper, seem well overpriced but are receiving multiple offers and being sold in days. Then we look outside the Beltway, and see that in places like Springfield, Burke and beyond, homes that just a short time of go would have only been able to get $900,000 if they were here in the city now almost getting that same price right where they sit. Don’t get me wrong, Burke is fantastic, but if you have to pay $850,000 – $900,000 for a standard brick colonial in Burke not many people are going to bat an eye at a $1,000,000 expanded cape here in town.

BUBBLE OR NO BUBBLE
I was going to stop there but realized that was leaving the elephant in the room. Bubble or not? That is often the question about today’s market. Without diving too deep, here is why we think no, not this time.

Yes, interest rates are low and could rise at some point, and yes prices are going up at an alarming rate. However, if we take this following example (on of dozens) we can see that pure supply and demand is what is driving todays market…

Two weekends ago there were 3 homes that came on the market nearby one another down in Woodbridge, 2 were listed by teammates of mine, the third was listed by another agent. By the end of the weekend one home had 17 offers, and the other two had 16 respectively. That’s 49 would be buyers for 3 homes, which means that pool of buyers needs 46 more homes to come available before their demand is absorbed.

This is a level of demand that will push through a decent amount of interest rate increase, and, contrary to the 2005-2007 bubble, these are people buying their primary residence, not capitalizing on a rising market and irresponsible loan options to buy anything they can get their hands on. This demand is being driven by people just trying to satisfy the basic need of a roof over their had that they own rather than rent.